There is a tendency still today of a perception that in historic times people were not mobile, because of no cars, trains, powered ships or aircraft voyages. However, there was substantial mobility during the Roman Empire era. Also, the whole Migration Period saw entire peoples moving right across Europe.

Therefore when the Viking Age came around it was not a new phenomenon. Yet, the Norse/Vikings took exploration and voyages to a level – which would not be rivaled for another 500 years with the advent of the Age of Discovery.

Below is a smart interactive map showing some of the many exploration achievements of the Vikings. 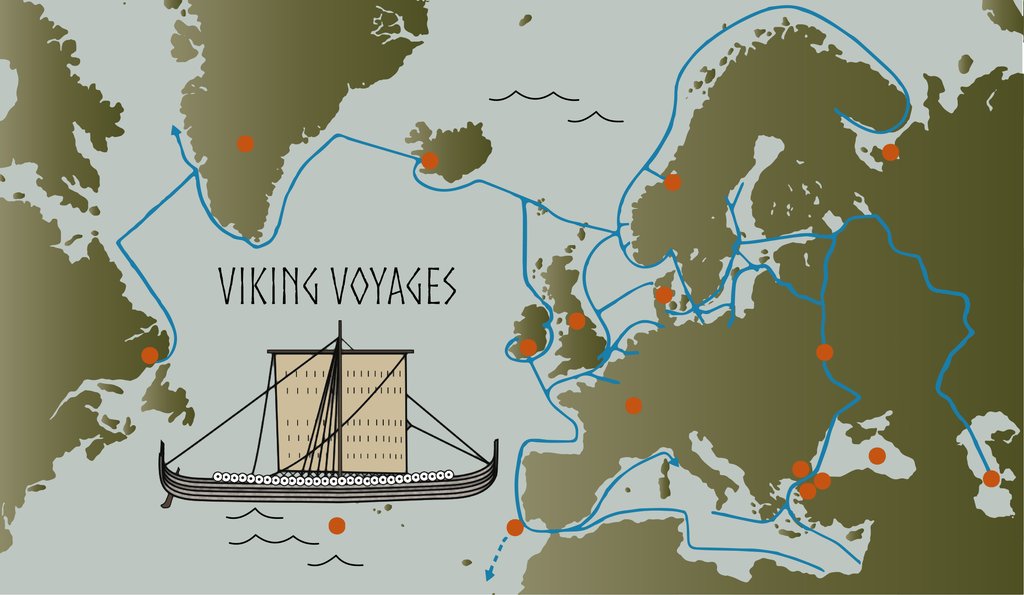 News, information and humor about the Viking Age, as well as Viking fairs, museums, exhibits, books, TV-series and more…